Today I broke a long held tradition – I watched a movie on its opening weekend. It was Mother’s Day, which allows me to get a little crazy.  The theater was packed, as was expected, but we had great seats and the movie delivered beyond my expectations.

The movie my boys and I watched was, of course, Captain America: Civil War, and as it great as it was, we did leave a little puzzled by the title, after all, it was the Avengers, and the Civil War took place between Avengers. Shouldn’t it have been called Avengers: Civil War?  Even a movie of this scope couldn’t use all the characters that were involved in the Marvel Civil War comic series – so there were no X-men or Fantastic Four – and the movie had to take some creative license with adding the Winter Soldier and keeping it Avenger-centric, but it was well done.  So, to be clear, I liked everything about the movie except for the title.

Now, I am a DC Comics fan through and through and I know all about the DC Universe, but Marvel Universe is not really my thing.  I have watched the main three X-men movies, the three Spiderman movies with Toby Maquire, Iron Man (1 and 2) and the two Fantastic Four Movies with Chris Evans’ Johnny Storm.  The only Marvel comics I have read are the Runaways and Marvel Civil War.  So let’s just say I was really jazzed to watch the movie version, and watched the first two Captain America’s to prepare myself.  (Sidebar: Loved Captain America: The First Avenger,  Captain America: Winter Soldier was OK, best part was Falcon.) But all this is leading up to say Disney (and the ever present Stan Lee) is making me a fan of Marvel Comics movies.  I have added Ant Man and all Avengers Movies to my must see list.

Being a DC Comics fan, and with DC getting into the blockbuster movie gig, I do hope they are taking notes from Marvel movies.  I hope their foray into the DC multiple-movie-universe  improves with Wonder Woman, Aquaman, and Justice League; because Superman vs. Batman didn’t cut it for me. I’m still a huge DC fan on the small screen: DC Legends of Tomorrow, The Flash, and Arrow are all must-see TV for me, but as far as movies goes, Marvel does it right. 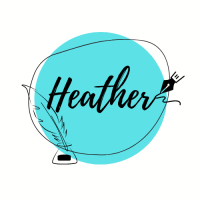 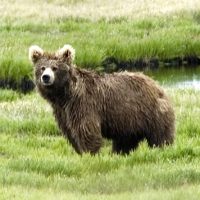 Shoving Books Into Readers' Hands Since 1958

Because writing is my favorite

Where a little insanity goes a long way

There's comedic gold behind every painful experience. Here are mine.

Stories and photos from Scotland

Tangled Up In Life Unfolding

Finding Faith, Holding Onto Hope, and Living With Love
MovieBabble

The Casual Way to Discuss Movies

Blurring the lines between poetry and prose

POETRY FESTIVAL. Submit to site for FREE. Submit for actor performance. Submit poem to be made into film.
food 911

nurses who are foodies navigating through the bay area food mecca

At the table in picture and verse

Writing and Travel for Transformation

Creative Nonfiction, Memoir, and the Brain

Sharing a quest to see America